The Somerville Mathematics Fund encourages achievement in mathematics in the city of Somerville, Massachusetts. 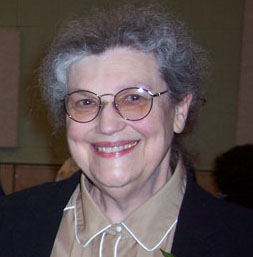 Erica Voolich is an accomplished mathematical educator. The recipient of the 2007 SSDS Teacher recognition award, Erica has been inducted into the Massachusetts Association of Teachers in Mathematics Hall of Fame for Excellence in the area of Mathematics Education.

Erica has also has been featured as a math educator on the EDC website, discussing how the Somerville Mathematics Fund had its beginnings, and has written for the Association for Women in Mathematics. Her TEDTalk on SMF can be viewed here. For more information mathfund@gmail.com

Erica Dakin Voolich (President and founder) is an award-winning middle school mathematics teacher. She won a Presidential Award for Excellence in Teaching in Secondary Mathematics (1999), an Edyth May Sliffe Award (1999) and an Above and Beyond Award (Massachusetts Software & Internet Council, 2002). The author of two supplementary mathematics texts: A Peek into Math of the Past: Mathematical Historical Investigations for Middle School and Pre-Algebra Students, (2001) and Investigating with Power Solids, (1997) and numerous articles on teaching mathematics, she has conducted local, national, and international workshops for mathematics teachers. She has also written two books on design in weaving: Parallel Shadow Weave, (with Elizabeth Lang, 1987) and Playing With Blocks: An Exploration of Multiharness Overshot, (1977). She is retired from teaching seventh grade mathematics at the Solomon Schechter Day School (Newton). She taught previously at Wheelock College, Cambridge Friends School, and in the public schools of Philadelphia and Arlington, Massachusetts. She is a fellow of the Teachers Leadership Academy of Massachusetts. Locally she has served as the Clerk of the Board for RESPOND, Inc (1998-2004), and as the Recording Clerk (2000-2002) and Finance Committee member (1997-2000) of the Fresh Pond Friends Meeting.

Erica Voolich received the AWM Service Award which recognizes individuals for helping to promote and support women in mathematics through exceptional voluntary service to the Association for Women in Mathematics. Erica was one of the ten women who received the award in recognition as a Mathematics Educator, for her work in the Somerville Mathematics Fund, for her role in establishing the Teacher Partnership and long-time service on the Education Committee, which included representing AWM at the CBMS Forum in 2009, 2010 and 2011.

Richard Graf  is an award winning real estate and urban design professional. He is responsible for development of commercial and residential projects, an adviser to clients on development issues from urban to project scale, with specializations in historic tax credits and adaptive reuse. He was a Visiting Critic (1989-97) at Harvard University, concentrating on the relationship between real estate economics and urban design.

Susan Weiss (Webmaster) is an award-winning mathematics teacher with degrees in mathematics, education, special education, and instruction technology.  Her awards include the Presidential Award for Excellence in Teaching in Elementary Mathematics (2000), a Woodrow Wilson Fellowship (1991), and a Compaq Technology Grant (1999) and inducted into the Mathematics Hall of Fame in Massachusetts (2011).  She has presented workshops in technology and discrete mathematics at local, regional, and national teachers’ conferences and served as an officer for many organizations devoted to education in mathematics and technology. She has taught mathematics in grades K-12, primarily in the lower grades.  Currently she is the  Technology Support Specialist and a Math Intervention Provider at the Solomon Schechter Day School (Newton).

Jay Landers (Treasurer) is a retired field controller for Kraft Foods. Currently he is the treasurer of New England Dollars for Scholars, the regional advisory board for Scholarship America. Currently he is the Treasurer (and was the past President) of Citizen Scholarship Foundation of Wakefield, MA. He has an MBA from Oregon State University. He resides at the start bike path in Davis Square with his spouse Jasper.

Monica Fernandes  (Auditor) grew up in Somerville, graduating from Somerville High School and won a Somerville Mathematics Fund Scholarship. She went on to Suffolk University, where she graduated with her BSBA and Masters in Accounting in 2008. She then earned her MBA and Masters in Taxation in 2012. She is a licensed CPA in MA and since 2018 has managed her own practice, M Accounting Services LLC, providing individuals, small businesses, and non-profits with accounting services.

Chase Duclos-Orsello (Clerk) is the Head of End-to-End Technology & Innovation at MilliporeSigma in Burlington.. He has spent over 20 years in the Biopharm/Life Science industry, and has done thousands of experiments and lots of math to analyze them! He has a B.S. in Chemical Engineering from Iowa State University and a Ph.D. in Chemical Engineering from M.I.T. He has had a lifelong interest in teaching math and science to children. This included teaching a course for two summers with Citizen Schools in Boston. He currently lives in Somerville with his wife and where their son graduated from Somerville High and is now off at college!

Adam Foster is an astrophysicist at the Harvard-Smithsonian Center for Astrophysics in Cambridge, studying atomic physics and supernova remnants. He has lived in Somerville since moving to the USA in 2009. Before moving to the USA, he studied magnetically confined fusion energy at the University of Strathclyde, Scotland.

SG Sanford Bogage  ( Vice President) has been a math teacher for over 20 years and a resident of Somerville for over 10 years. With a Master’s Degree in Liberal Arts from St. John’s College in Annapolis, MD, he was drawn to the SMF because of the work they do to help the local community and the balance of academic challenge, teamwork and thinking outside the box. In addition to his work as an educator, He has a small car collection and enjoy attending shows and events around New England and across the country.

Jesse Stern is a Computer Science PhD student at University of Chicago doing research in computational complexity and theoretical cryptography, research fields he began work in as a student at Somerville High School. During the summer, he also works as a research mentor, assisting motivated high school students with theoretical computer science research projects. He grew up in Somerville where he regularly attended Somerville Math Fund events from early grade school through high school. With the help of a Somerville Mathematics Fund Scholarship, he then studied Logic and Computation at the University of Rochester. In addition to his research, Jesse has also been heavily involved in disability advocacy throughout high school, college and graduate school.

Dan Oshima  grew up in Somerville and was a 2006 recipient of the Somerville Mathematics Fund Scholarship. He graduated from Harvard University in 2010 with an A.B. in Economics and has since worked in the finance and banking industries. He is currently a Senior Vice President in the Strategic Enterprise Risk Management group at Wells Fargo. In his free time he teaches judo and volunteers as a college counselor. He also enjoys researching real estate markets, traveling to try new cuisines and playing strategy board games.

Fred Bernadin is an engineer and programmer.  He has been nearby since 2000 when he started his doctorate in Chemical Engineering at MIT, where he developed computer simulations of polymers.  He currently works at BBN Technologies in Cambridge.   He works as a Scientist helping develop Speech and Language applications.   He is an avid year-round biker and enjoys keeping up on topics in Physics.

Patricia Jehlen (Honorary) served on the Somerville School Committee from 1975 until 1990 when she was elected to the Massachusetts Legislature. She served in the House until 2005, when she was elected to the Senate. She currently chairs the committee on Elder Affairs, and is co-chair of the committee on Education. Rep. Jehlen holds a Master of Arts in Teaching from the Harvard Graduate School of Education. She taught history at Brookline High School and supervised student teachers at Simmons College. She is the mother of three SHS graduates, and the grandmother of two students at the Healey School in Somerville.